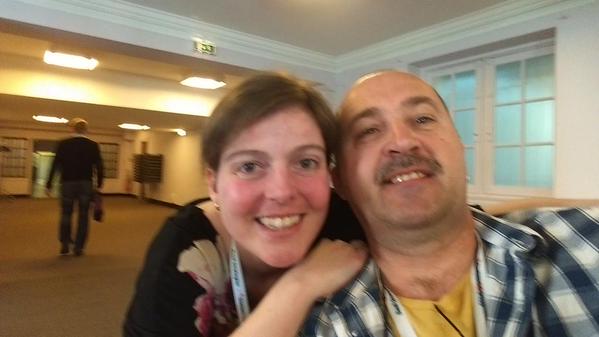 The first session I attended on Day 1 at the Doctors 2.0 and You conference was Patient Opinion Leaders + Pharma. Denise Silber moderated the session. The speakers were –

I chose this session because I wanted to know more about patient opinion leaders. Adding pharma to the mix made it even more interesting. I reviewed my tweets for this session.

Denise as moderator opened with this –

I was all ears! Seth had this to say –

No one will know more abt medicine than pharma co who made them. But verify w/ med advisory board -Seth Ginsberg #doctors20 @CreakyJoints — Iris Thiele Isip Tan (@endocrine_witch) June 4, 2015

I must admit that idea had not occurred to me before. Perhaps naively as a doctor, I just assumed that doctors knew more about the medicine than its manufacturer. And that patients should ask their doctor about the medicine and not the drug company. But I guess the point Seth was making was that nothing can stop a patient from asking a drug company directly about a drug a patient is taking. And for check and balance, verify with other experts like the medical advisory board. I know that many doctors rely on drug reps to get drug information. Doctors would be wise as well to verify these information from other independent sources.

Andrew observes that pharma companies connect now with patient organizations, but he also raises a valid point that many patients out there do not belong to any organization.

Pharma connects w/ patient orgs but still many patients not part of it. Pharma needs to spread out beyond orgs. – @andrewschorr#doctors20

Andrew also called for more pharmaceutical support for patients. In Manila, I see drug companies extending support to patients in terms of reduced drug prices with coupons or free pills for purchases like a 5+1 deal. Andrew himself mentioned that he was on treatment for myelofibrosis that cost $100,000 a year.

Pharma barely allocates resources to patients. When they do, it is episodic and insufficient. – @andrewschorr #doctors20

I was very moved by Nuria’s presentation. So enrapt was I listening to her, that reviewing my feed now I only have a couple of tweets about it.

We are patients but we are people. We are not our conditions. Pharma shld open up to patients. – Nuria Zuniga @TuLupus — Iris Thiele Isip Tan (@endocrine_witch) June 4, 2015

I needed to use Google Translate but her blog post before coming to Doctors 2.0 summarizes some points in her talk. She told us how she joined Twitter to express her feelings about her lupus diagnosis and how this led to people asking her questions about this that she ended up blogging to answer them. She made an impassioned plea for pharma companies to help patients like her even if their drug is not necessarily for lupus but is being used by those with lupus (off label use). At the end of this meeting, Alan, a patient himself living with ataxia encouraged our patient opinion leaders when he said –

RT@pharmaphorum: @alanROYGBIV thinks it is (slowly) getting better for patient-pharma dialogue and says to patients “keep going” #doctors20

Seth also made a valid point on the flow of information for drug recall. He was talking about a recall of a batch of methotrexate that had glass shards.

Pharma should talk directly to patients when there is recall of medication. -Seth Ginsberg @CreakyJoints#doctors20 I had an experience before with one clinic that still had paper-based records. When I got a letter from the drug company saying that so-and-so drug will no longer be marketed, I struggled to find the patients who were on this drug. It was difficult since the clinic at the time didn’t have an EMR. Some patients only got in touch with me when they had run out of medication and couldn’t get a refill from the pharmacy. Thankfully, none of them suffered any adverse events for the short period they were off medication. So I can understand Seth’s point about directly communicating with patients. There was a lawyer in the audience and at one point it was raised that there are legal restrictions preventing pharma companies from talking with patients. Paul thinks otherwise.

My question: how to break down this misnomer that ‘pharma can’t talk to patients’ – they can, but just can’t promote to them #doctors20 — Paul Tunnah (@pharmaphorum) June 4, 2015

Patient opinion leaders need to have disclosures too just like MDs. –@carvicab #doctors20

At which point, Denise asked the three speakers for their disclosures. 🙂 In the end, I agree with Carlo –

What’s the situation in the Philippines?

Just a few weeks before leaving Manila to attend this conference was the first time I had heard of the Philippine Alliance of Patient Organizations (PAPO). This organization held the first Philippine Patients Conference last May. The conference output was a Patient Manifesto, which summarized three priority areas:

It seems that engaging with the pharmaceutical industry is not a priority for PAPO yet. But it is clear that everywhere in the world, patients want to be heard.